AN INCUBATION PROJECT SUPPORTED BY :

« The Community of Witsand has resumed its consumptium of tap water: This is the best compliment we could have received … »
Patrice Boyer, IWS CEO, January 2019

More than 3,000 people in the municipality of Hessequa in South Africa benefit from the 100m3 of fresh water produced by the solar-powered OSMOSUN® 16 SW seawater desalination plant.

With a capacity of 100m3 per day in 100% solar power, the OSMOSUN® unit has been in operation since the 2017-2018 Souther summer, with the capacity to increase the daily production capacity via a power supply through the local grid for a tripled production during the consumption peaks during the high tourist season.

The Cape Province, and more broadly SouthWestern of South Africa, is experiencing an unprecedented water crisis, with a structural decline in rainfall due to the El Niño weather phenomenon.
The exact social and economic impact of the feared 'Day Zero', which is approaching, is not being revealed as it is difficult to gauge the extent of the impact. The day the area's water supplies run out, schools, offices and hospitals will close because they will not be able to meet the sanitary needs of users. The economy could come to a complete halt and exacerbate tensions between communities in this country, where the social climate is always tight 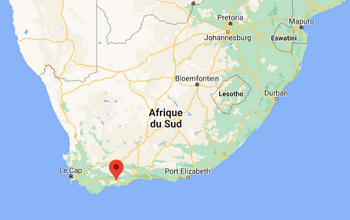 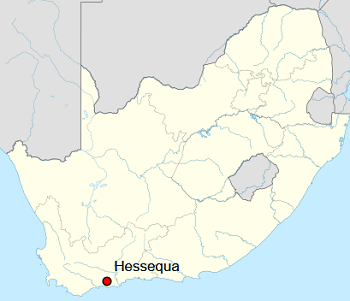 This seawater desalination project installed in the Municipality of Hessequa is thus of major strategic importance to meet the freshwater needs of the local population, which suffers from recurrent water shortages.

The objective of this project and its co-financiers, the Cape Province and the French Government, was to secure access to safe drinking water for the inhabitants in a reliable, cost-effective and sustainable manner.

This project has met this objective, making this first installation a crucial demonstration of the relevance of solar desalination in addressing the water crisis in South Africa in a sustainable manner.

SDG TARGETED BY THE PROJECT:

SD Goal 6: Clean water and sanitation- Clean and accessible water for all is an essential part of the world we want to live in.

ESTIMATED COST OF THE PROJECT:

Optimisation of system performance in view of technical progress in OSMOSUN®